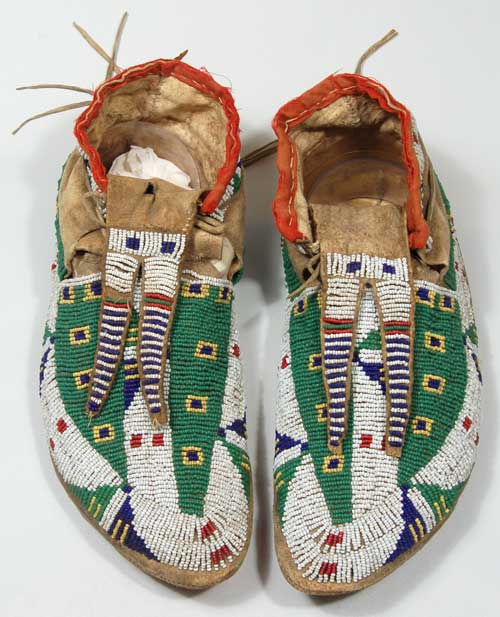 The Lakota are the western-most of the three Sioux groups, occupying lands in both North and South Dakota. The Lakota were originally referred to as the Dakota when they lived by the great lakes, however, because of European settlement they were pushed away from the great lakes region and later called themselves the Lakota which became part of the Sioux.

These moccasins have been identified as Lakota and are decorated in multicolor beads in geometric designs. The red fabric exhibits some wear but the beadwork is in excellent condition. I only count a few beads missing.

Provenance: From an Australian collector.