Southwest Pueblo pottery underwent a dramatic change following the resurgence in interest after World War II. We notice that some potters continued their production in what we think of as the traditional designs. Other Pueblo potters exerted their individuality as artists and revised traditional shapes, sizes, and designs while retaining the traditional ways of manufacture.  Notably, artist signatures began to appear.  Maria Martinez was given the credit for being the first to sign her pottery with a signature—establishing the line between old, historic pottery and new, modern pottery. 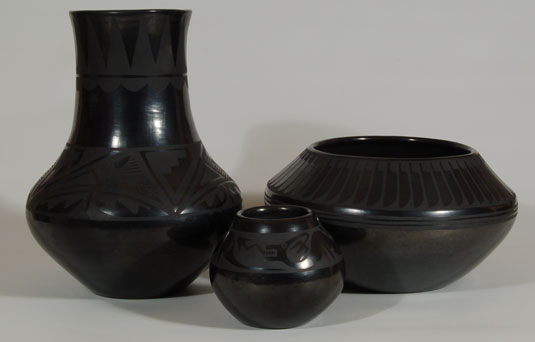