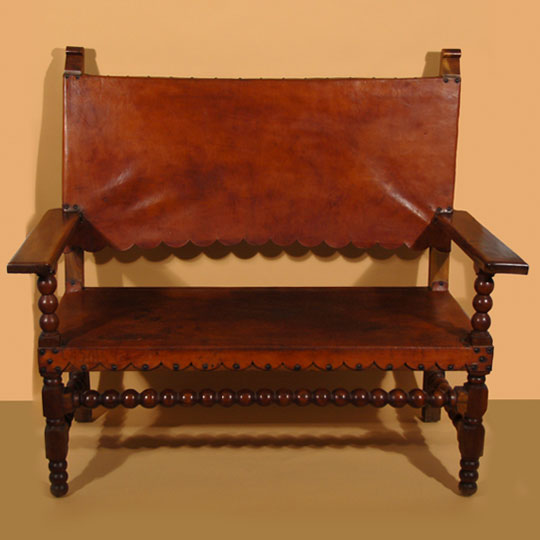 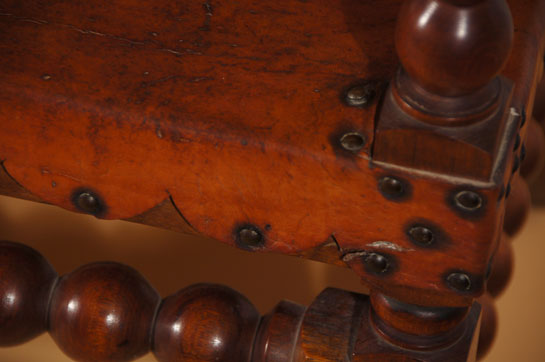 This is the style bench one would find in a Fred Harvey hotel such as The Alvarado in Albuquerque or La Posada in Winslow or any of the other many locations along the rail route from Chicago to California.  It is certainly of the Mission style with the saddle leather back and seat, both of which have curves on the ends of the leather.  There is no manufacturer's name on the item which leads even more to the likelihood that it was handmade for one of the hotels.  We have no documentation to substantiate this but it could be highly likely.

Condition:  the leather is worn in places and there is a 3-inch slit at the front left seat.  The seat is still useable.

Provenance:  from the Albuquerque residence of Alexander E. Anthony, Jr. where it was used in the front entryway from 1985 until the move to Santa Fe in 2005.  It has been in storage since 2005. 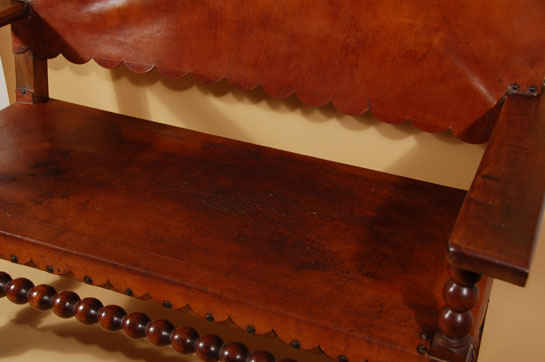