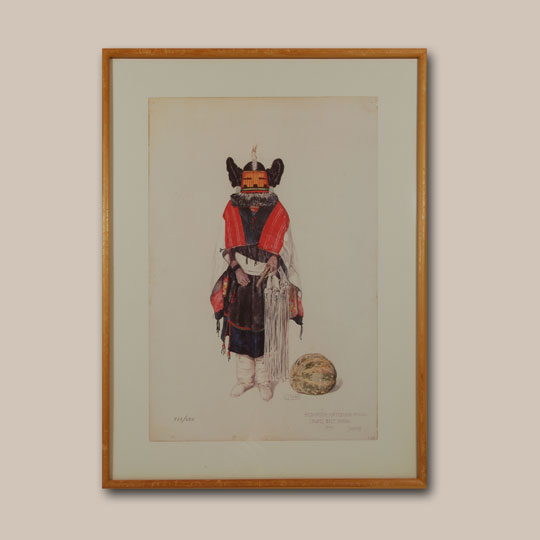 The 8 images of Mora’s paintings that were reproduced in offset form are:

This set we are presenting contains the 8 images, each framed in blond wood frames without use of mats.  Each of these images is numbered 629/650.  The set is sold as a set only.

1.     The Year of the Hopi: Paintings and Photographs by Joseph Mora, 1904-06. An exhibition organized and circulated by the Smithsonian Institution Traveling Exhibition Service, 1979-1981