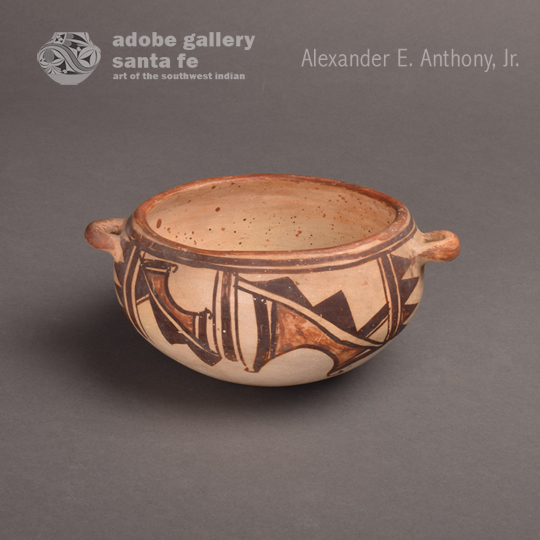 The bowl has a slightly rounded bottom and curves in gracefully to the rim.  There are two small handles.  The interior of the bowl was deliberately splattered with brown pigment over the yellow slip.  The rim is red.  The design is a simple representation of clouds.

Condition: this Historic Polychrome Hopi Pottery Bowl with Handles in the Polacca Style is in very good condition

Provenance: from a gentleman from the Midwest