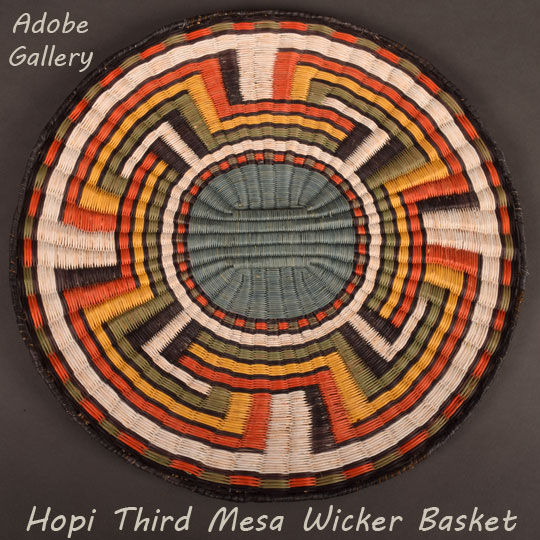 This plaque basket was created by a skilled weaver from Hopi Pueblo’s Third Mesa.  Its primary visual element is the whirlwind design, which is believed to represent the migration of the Hopi people.  This symbol has been used in various forms by a wide variety of cultures for centuries.  Native American art collectors who are unfamiliar with Hopi imagery will likely recognize the symbol from artworks of the Diné, who refer to it as the “whirling log.”

This plaque’s design uses a central white whirlwind figure.  Green, yellow, black and red lines are positioned outside of the central white design, expanding toward the rim.  The plaque was woven carefully; it remains strong despite having been made many years ago.  This is a beautiful depiction of a sacred symbol.