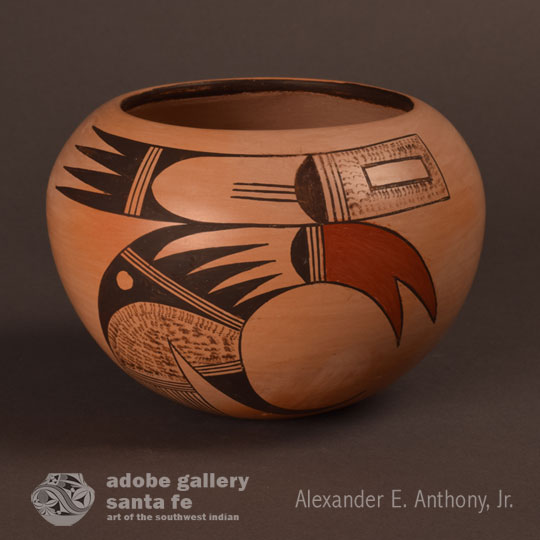 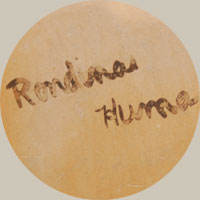 This pottery jar is an early one by Hopi Pueblo artist Rondina Huma, before she developed her concentrated design technique of filling the entire surface with minute design elements.  This jar is more typical of Hopi-Tewa wares from the first half of the 20th century.  The design is an interpretation of Sikyatki birds with curved beaks and an elaborate crown.  There are two birds and no other design elements.

Rondina Huma has been one of the most sought-after Hopi potters for over a decade now. She has been featured in many publications and her work is represented in major galleries and museums throughout the country. There is no mystery as to why she has won many awards over the years for her exquisite work. She deserves every accolade bestowed on her. Her pottery is traditional in every manner. She hand-coils all her vessels and uses only vegetal and mineral paints. Traditional firing is carried out as well.

Provenance: from a family from San Diego, California