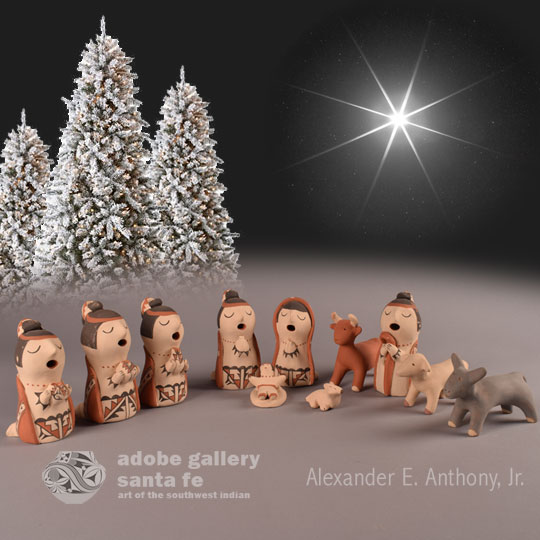 Mary and Joseph are both kneeling and the Baby Jesus is lying on a pad.  Both Mary and Joseph have their hands clasped in prayer, each wears a banded blanket and bead necklace.  Each of the kings carries a gift of a pottery vessel. The shepherd carries a staff.

Mary E. Toya (1934-1990) was not included in the book Nacimientos in 1979, an indication that she was probably not making nativity sets at that time although she had made her first storyteller figurine in 1973.  Mary was one of six potters of the Loretto family from Jemez, although some of them married and moved to their husband’s pueblo. Mary stayed at Jemez.

Provenance: from the collection of a gentleman from North Carolina