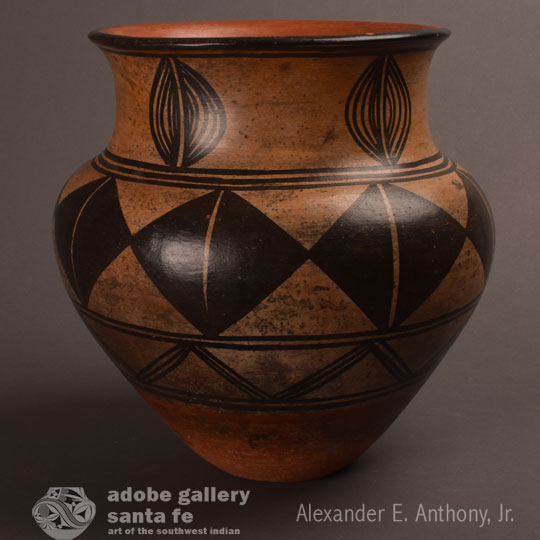 The jar is divided into three distinct design sections.  The mid body design features pairs of large black triangles. They’re arranged back-to-back, reaching out towards each other and meeting at their apexes. The black triangles create hourglass-shaped areas of visible cream slip. On the neck are black lines expanding outward, which have been described by some as “onions.”

Typically, there are three black framing lines at the shoulder, a single one at the rim, and pairs above and below the lower design strip.  The rim is black and the interior is red stone-polished slip. The entire design is interrupted by a ceremonial line break that does not include the black rim, which is solid.

Condition: good condition with a number of minor chips and abrasions