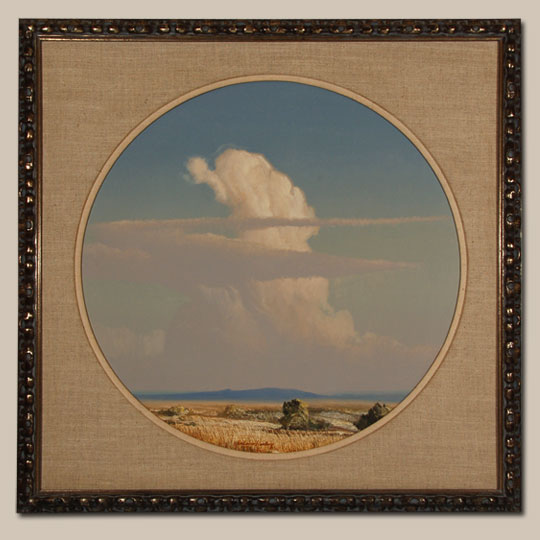 Wilson Hurley attended high school in Santa Fe when his family moved there in 1935.  His mother arranged for him to study art as a teenager with several famous Santa Fe artists when it became obvious to her that he had an interest in art.  He attended the Military Academy at West Point, served in the Air Force and attended law school after leaving the military.  He practiced law for 14 years in Albuquerque before pursuing art as a full-time career in 1965.

Hurley achieved fame early in his career.  In 1991, he was selected to paint five large murals for the new wing of the Cowboy Hall of Fame and in 1996 he was again commissioned by the Cowboy Hall of Fame to paint 15 paintings, each depicting sunset over an iconic American landscape such at the Grand Canyon and Yellowstone National Park and others.

Hurley painted beautiful landscapes with magnificent skies—large skies with beautiful cloud formations.  A standard comment when one views a painting of clouds is "that's a Wilson Hurley sky."  This painting is very typical of where he was headed in the 1960s when this one was completed.  His skies were already the predominant image on the canvas.

Condition:  original excellent condition.  It has just been professionally cleaned. 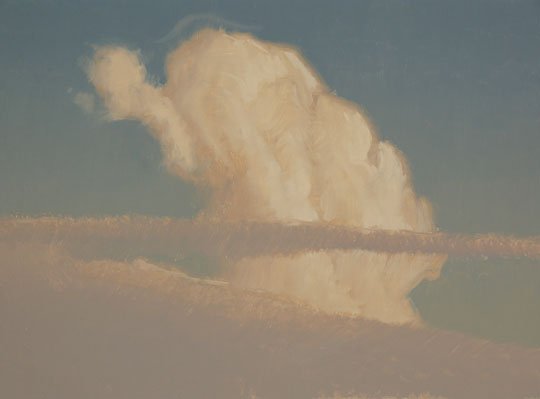