Soqueen’s earlier paintings from this period had a primitive aspect, as one would expect of an artist without formal training. His attention to detail was meticulous and his renderings of figures were sensitive and delicate. His paintings reflect a more realistic approach to painting what he saw and knew from pueblo life, than a more artistic approach for decorative purposes. 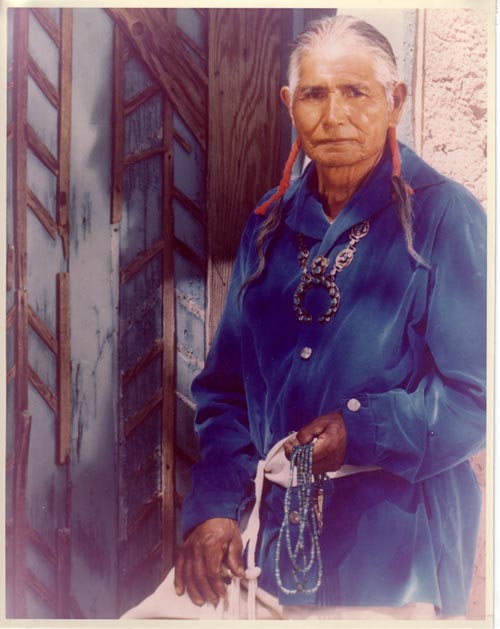 José Encarnacion Peña was one of the students of Dorothy Dunn at The Studio of the Santa Fe Indian School in the early 1930s. He had, however, started painting earlier, as early as the 1920s and continued until his death in 1979. His complete name was José Encarnacion Peña and his Native name was spelled Soqueen, Soqween, So Kwa A Weh, which translates to Frost on the Mountain. Those who remember him in his later years recall that he was called Enky (pronounced “inky”).

José Encarnacion Peña (1902-1979) Soqween - So Kwa A Weh (Frost on the Mountain) - Enky was painting at San Ildefonso Pueblo at the same time as Tonita Peña, Richard Martínez, Luís Gonzales, Abel Sánchez, and Romando Vigil. He was not very productive in the early years but became so about ten years before he passed away. He is represented in the collections of the Laboratory of Anthropology, Santa Fe; Museum of New Mexico; Denver Art Museum; and many others.