“A Pantheon of Kachinas” [SOLD] 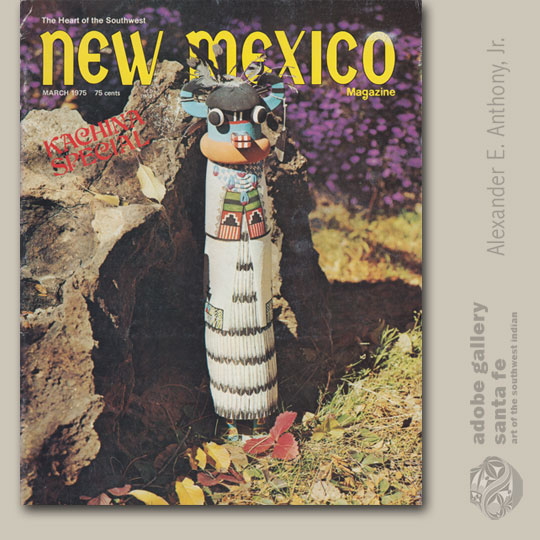 “A Pantheon of Kachinas”

This 16-page article on Katsinas is filled with text and color illustrations.

Quote from the magazine

“Much has been written about kachinas—religion, dancers, dolls.  And much that has been written has been inaccurate, specious and deeply offensive to the Pueblo Indians. This, after all, is part of their religion —often a very private part. Here at New Mexico Magazine, we are attempting to set the record straight, correcting the reams of printed misinformation with this accurate picture of kachinas, written by an eminent and respected authority.”