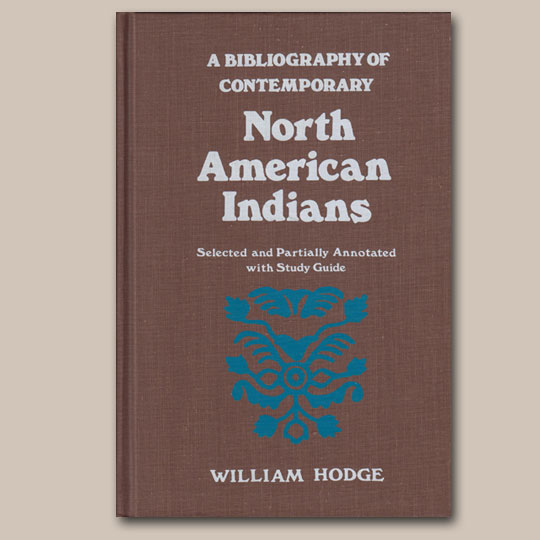 Study Guide for Indian Life Prior to 1875

I.      Other Bibliographies and Resources

X.      Stability and Change in Culture

XV.     Personality and Culture (Including Folklore)

XXVI.   Some Museums Having Displays/Publications Concerned with American Indians—Prehistory, History, and Contemporary Periods

The present age is one of the recurring times in history when public as well as scholarly interest in the Native Americans is at a high point. The Indians, by dramatic presentations of their plight, have captured the minds and stirred the consciences of the American people. This national attention paid to the Indians is reminiscent of similar periods of concern about the Indians' welfare in the 1880s and in the 1920s. Present-day interest, however, goes deeper than that of past of agitation and deeper than the superficial treatment that is possible in the mass media. There is today a strong desire to study the Indians, their culture, and their place in American society at some depth, as the increasing number and wide diffusion of scholarly studies clearly indicate. And this is a desire both on the part of the Indians themselves, who want an accurate knowledge of their own heritage, and on the part of white citizens, who are coming to realize more and more the contributions made to America by the Indians.

There has long been public interest, of course, in the more romantic aspects of the Indians’ past. The encounter with the aboriginal peoples in the New World was a dramatic experience for the Europeans who came for trade and settlement, and continuing interest in Indian cultures as they existed before contact with white civilization has tended to obscure the fact that the Indian groups are living, growing, and changing communities today.

William Hodge's bibliography on North American Indians is important because like any extensive bibliographic tool, it helps us to order and organize the massive outpouring of writings on Indians that marks our age. It is necessary to find a competent guide through the mass of materials lest they crush us by their volume. But the bibliography is especially useful because it concentrates on contemporary Indians and their communities. As the compiler notes in his introduction, large numbers of Indians now live in urban centers, and their conditions should interest us as much as those of the more traditional groups, who are closer to the stereotypes that many whites still have of the Indians. Although he presents plenty of material to give adequate background information on the earlier history of the Indians, his intent is to direct us toward materials that will contribute to an understanding of the Indians in our own society.