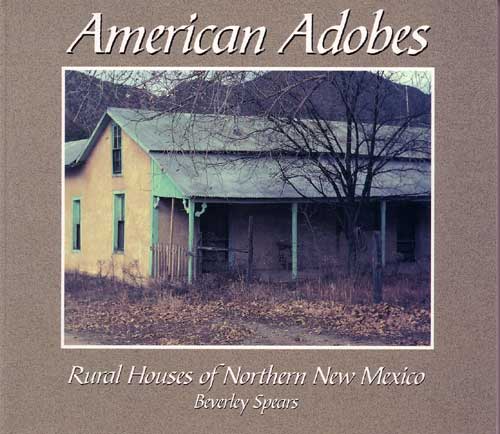 The title of this book, American Adobes, is a tribute to the unique status of the New Mexico village adobes within the architecture of the United States. These adobe houses were built by Hispanic Americans who gradually developed a particular architectural style as they modified their Spanish Colonial building traditions to reflect American influences. These are houses built at a time when most Americans were attempting to conform to mainstream national tastes and values rather than to perpetuate ethnic and regional differences. Although the rural villagers had neither the affluence nor the exposure to national architectural styles necessary to duplicate popular American houses of the period, they did select certain motifs, details, and forms which could be incorporated into their local building customs. As more and more American features were adopted, these adobe houses became American in an original way.

The area of the study, which is shown on the map on page x was loosely defined as the central mountain area of northern New Mexico. The boundaries seemed to fall into place easily and without deliberation, with the exception of Wagon Mound. That town has some interesting old owner-built adobe houses, yet they are situated on a regular grid of wide, straight streets developed by speculators when the railroad was built. The striking contrast between Wagon Mound and the villages of central northern New Mexico helps bring into focus the unique quality of the northern villages as compared to the typical little towns of the western United States.

The photographs were all taken between September 1983 and November 1985.