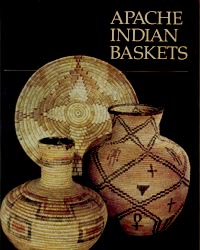 Of all Indian basketry, that of the Apaches has long been most admired for its craftsmanship and beauty. While women of other tribes may have been bound by the dictates of tradition, Apache women have consistently shown a greater degree of individual creativity in their work.

Clara Lee Tanner, world authority on Southwest Indian crafts, now unfolds the achievements of three major Apache groups in this dazzling volume. Variations and similarities between Western Apache, Jicarilla, and Mescalero baskets are described and illustrated within the context of their evolution from different life styles and environments. Materials, forms, techniques, and designs are all beautifully illustrated. Other features include:

Apache Indian Baskets is a book that will prove indispensable to anyone, professional or amateur, with an interest in American Indian crafts.