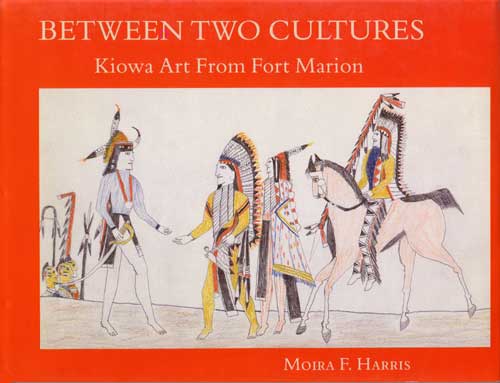 How It All Came About:

A most unusual colony of artists developed at old Fort Marion, St. Augustine, Florida, where more than seventy men from five hostile tribes of the Southern Plains were imprisoned from 1875 to 1878. Most of these Indians were young men, and their humanitarian jailer, Captain Richard H. Pratt (who later founded the famed Carlisle Indian School in Pennsylvania) believed they could be made into useful and productive citizens if given direction and the opportunity to develop their native abilities. Recognizing their interest in drawing and painting, he provided them with paper, pencils, and colors, and offered them an opportunity to produce art works for sale to whites. More than a third of these ";;Florida boys";; participated in Pratt's art program, and hundreds of examples of their works are preserved in widely scattered public and private collections.