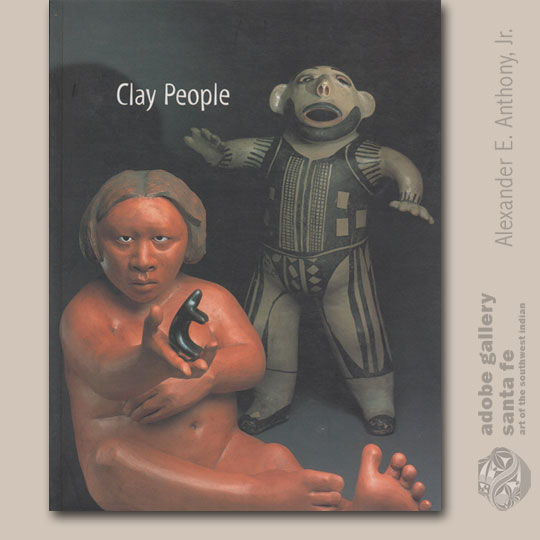 Compiled and edited by Jonathan Batkin

Wheelwright Museum of the American Indian

From the Wheelwright Museum:

This innovative exhibition, a collaborative effort between artists and scholars, presented both historic and contemporary views of Pueblo Indian ceramics inspired by the human form. Seldom seen, century-old historic masterpieces from Cochiti and Tesuque Pueblos give viewers a sense of the imagination and creativity of that era's potters. The historic pieces, loaned by more than fifteen museums and private collectors, were shown with new work by three acclaimed artists who have expanded this tradition: Nora Naranjo-Morse and Roxanne Swentzell of Santa Clara, and Virgil Ortiz of Cochiti.

Remarkable figurative ceramics evolved after the United States took control of the Southwest in the 1840s, particularly in two Pueblo Indian communities that are close to Santa Fe: Cochiti and Tesuque. Between 1880 and 1910 potters of Cochiti made large standing figures of circus performers, cowboys, Indians, merchants, priests, and others. These expressive figures were made by the coil and scrape method. The figures of Tesuque were smaller, seated, and usually modeled rather than coiled. From 1882 until the 1930s, these were marketed by curio dealers as a standardized type called the Rain God. Although interest waned from the 1930s until the 1960s, some potters kept the genre alive.