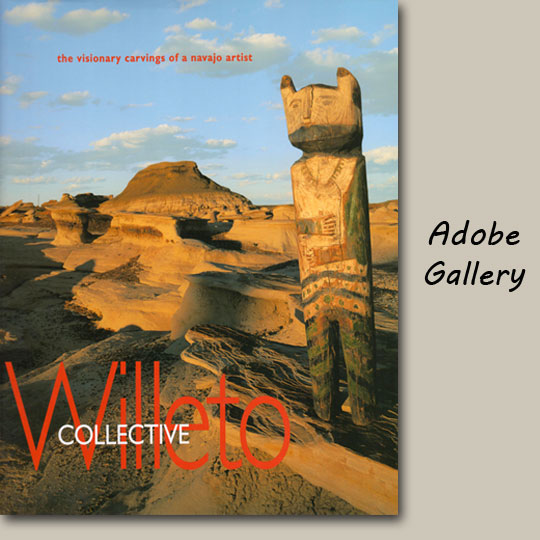 COLLECTIVE WILLETO The Visionary Carvings of a Navajo Artist

Charlie Willeto (1897-1964) was a Navajo medicine man turned folk artist who in four short years, beginning in 1961, moved Navajo folk art to the forefront of twentieth-century American art with a body of beautifully expressive carvings. His small sculptures first came to the attention of collector Greg LaChapelle in the early 1960s while making a trading trip through the Nageezi area of the eastern Navajo reservation. Every few months, a new batch of carvings appeared at the trading post where Willeto swapped them for provisions. In all, the artist created some four hundred brilliantly expressive and mysterious iconic figures that are, at once, traditionally Navajo, and wholly outside tribal convention.

The unusual carvings of animal and human figures and enigmatic spirit forms seem to draw simultaneously from several sources. Willeto was a medicine healer whose family lineage included many powerful medicine men and women. His early artistic efforts draw upon images from sandpaintings and other ceremonial articles such as illness dolls found in Navajo medicine. He seemed also to be aware of Navajo textile design, of ancient petroglyphs, of animal dance figures such as the buffalo, and of diverse ornamentation such as headdresses. Perhaps more than any one influence, Willeto seems to have been drawing on imagery from deep within his psyche, and art historian Walter Hopps believes it is to the well of the collective unconscious that Willeto returns in creating his shamanistic human-animal forms. In short, he is “portraying great basic things in imaginative ways.”