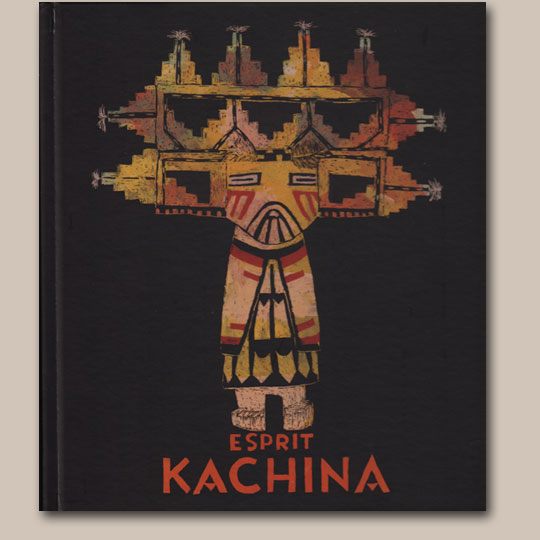 (Kachina Spirit: Dolls, Myths and Ceremonies of the Hopi and Zuni Indians)

The term “kachina” used by the Hopi and Zuni tribes in Arizona and New Mexico at once signifies sacred spirits, ancestors, dancers and ritual dolls.  It is a many-sided term for an extraordinarily rich and vital ceremonial tradition.

The world of kachinas sees celebrations of the animal and plant kingdoms, and appeals for fertility or clement weather, but is also a reflection of the Hopi and Zuni societies with their warriors, entertainers and moral authorities.  But this world touches us beyond its ethnographical interest, echoing the ancestral concerns of all human societies.

Kachina dolls are made all the more moving by the values of giving and tradition associated with them.  They are sculpted to be offered to children by masked dancers at sacred ceremonies, and by always keeping the dolls nearby, hanging them on the walls of their homes, the children familiarize themselves with the spirits and characters that compose their magical universe.  In this way, kachina dolls play a key role in perpetuating the tribe’s founding myths.