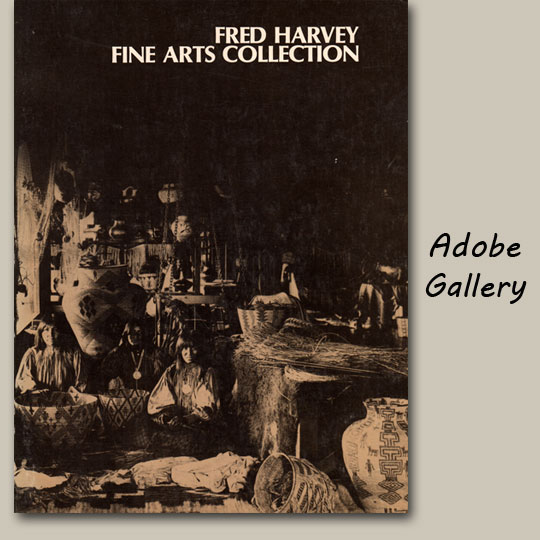 1976 marks the 100 year anniversary of the founding of the Fred Harvey Company. In an age of railroad travel the Fred Harvey Company was synonymous with food and lodging along right-of-ways in much of Western America. In time the Company also became noted for the retail sale of Indian Arts and Crafts, particularly in the Southwest. It is with this influence on the history of Indian Arts that we are concerned with in this exhibition and catalogue.