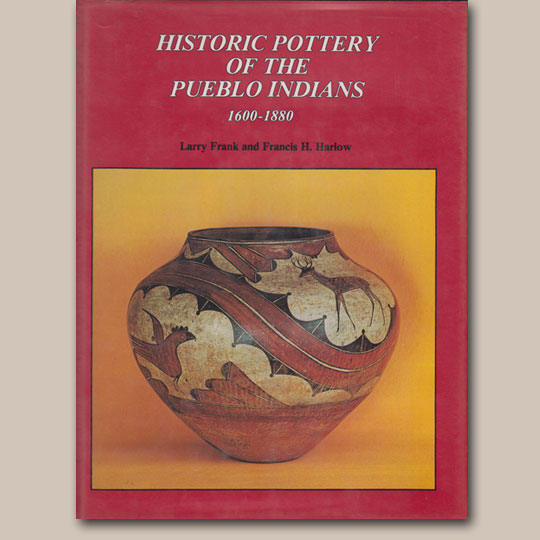 Illustrated in color and black and white.  Very good condition

Working without use of the potter's wheel, the Pueblo Indians in the American Southwest created beautiful ceramic ware for both utilitarian and ceremonial use. The pottery they made during the Historic period—from about 1600, when the Spanish arrived, to about 1880, when the tourists arrived—is the least known but the most beautiful. Public recognition of Historic Pueblo pottery was slow to develop. Traders were the first persons to see its merits, and to assemble specimens. Today, however, the Historic vessels made by Stone Age techniques in the Southwest pueblos are justly regarded as a supreme artistic achievement and are highly valued by collectors here and abroad.

This book is the first comprehensive account of Historic Pueblo pottery, and results from years of study by Larry Frank, an authority on this and other North American Indian art forms, and lengthy technical research by Francis Harlow, an internationally known scientist. Illustrating the text are dozens of superb photographs by Bernard Lopez.

The text reviews the initial circumstances in which Historic Pueblo pottery was made, describing how the Spanish church authorities forbade the Pueblo Indians to bury vessels with their dead, a practice tracing back into antiquity. From then on, they made mostly utilitarian vessels—which suffered daily wear and tear. The limited number of ceremonial vessels were made only for religious occasions, were handed down from one generation to another, and were seldom seen by outsiders.

Having established the rarity of Historic Pueblo pottery, the authors appraise its aesthetic value as rivaling that of any ware made elsewhere by Neolithic societies, whether in the Americas, Europe, the East, or Africa. They describe techniques of manufacture, the varieties of form and decoration, the ways to identify vessels made in particular Pueblo groupings, and dating methods. 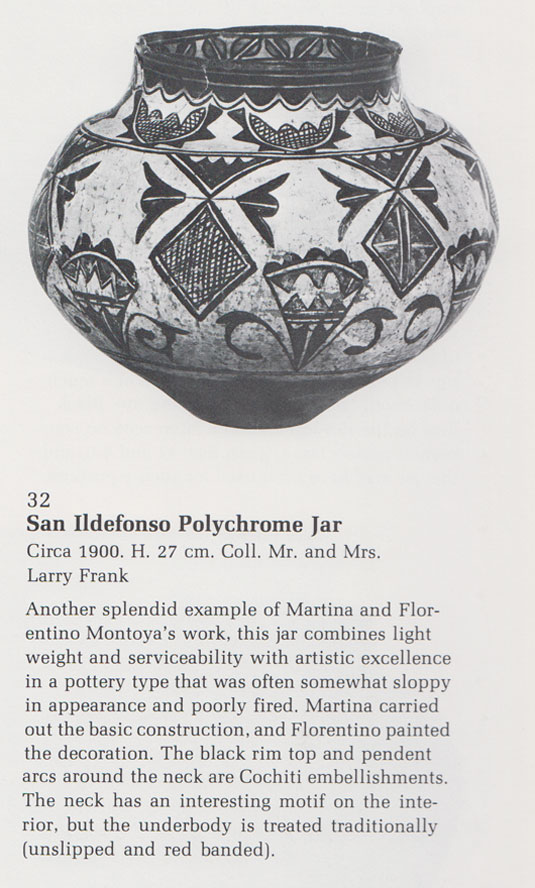