Indian Baskets of the Southwest [SOLD] 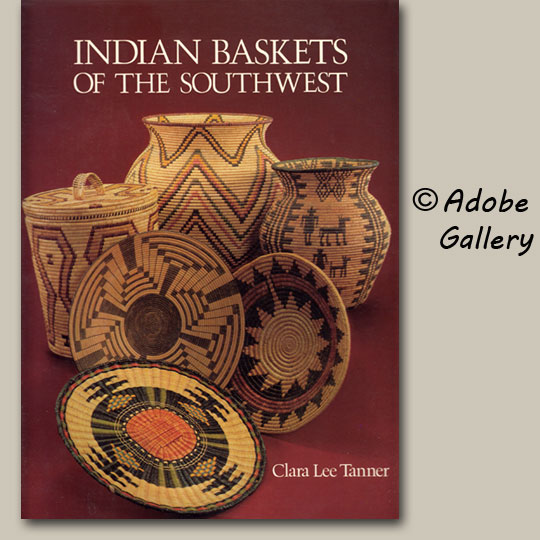 Indian Baskets of the Southwest

The University of Arizona Press, 1984.

With the same clarity and attention to detail for which she has become known throughout the world as an authority on Indian craft arts, Clara Lee Tanner now reveals the wide range of Southwest Indian basketry in this handsome volume. Beginning with the work of prehistoric Indians, she demonstrates differences among contemporary baskets of the Hopis, the Pimas and Papagos, the Yumas, the Navajos, Utes and Paiutes, the Chemehuevis, and the Apaches in more than 400 photographs and 200 drawings.

Readers to whom she has already introduced the intricacies of Apache basketry will find here an even broader array of stylistic achievements that have made basket weaving one of the great aesthetic expressions of Native Americans in the Southwest. Selection and preparation of material, utilitarian aspects, incorporation of religious symbolism, variations in weave, color or form-these and other factors contribute to an art that is as varied as it is beautiful.

Because some tribes have decreased production of baskets while others have stopped entirely, this book is important not only as an historical summary made while information is still available, but also as a testament to a vanishing art. The first single volume to cover the basketry of this region, Indian Baskets of the Southwest is essential for any collector or lover of Indian crafts.