MARIA: The Potter of San Ildefonso 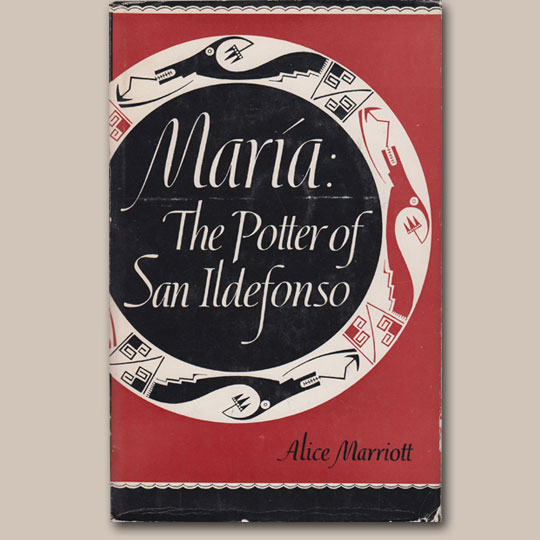 MARIA: The Potter of San Ildefonso

“Maria: The Potter of San Ildefonso is the story of Maria Martinez and her husband Julian, who revived the ancient Pueblo craft of pottery-making and stimulated interest in Southwestern Pueblo pottery among both white people and Indians.

“Maria Montoya Martinez, or Marie Martinez, as she signs her pottery, is a woman who has become in her own lifetime a legend. She lives in the pueblo of San Ildefonso, near Santa Fe, New Mexico, and although her life has been, as closely as she could make it, the normal life of a woman of her culture, her unusual qualities have set her apart and gained her fame throughout the country.

“Through her mastery of pottery-making, Maria brought economic gain to her family and her village.  However, distressing problems accompanied success and fame.  Liquor ultimately wrecked Julian.  There was dissention within the pueblo.  And there was the succession of admiring white people who invaded her home and interrupted her work.  Not least, in Maria’s view, was the departure of her own children from many Pueblo customs.

“Inextricably woven into the story of Maria is the story of the pottery of the Southwestern Pueblos, a native craft that has become a national art interest, including the development of the unique black-on-black ware by Julian, the first of which is reproduced among the illustrations.

“Margaret Lefranc’s many accurate drawings of actual pieces of pottery provide an almost complete documentary history of the craft and show some of the finest examples of Maria’s art.  Her skilled pen has also interpreted faithfully the spirit of Maria, the Pueblo Indians, and the pottery.” 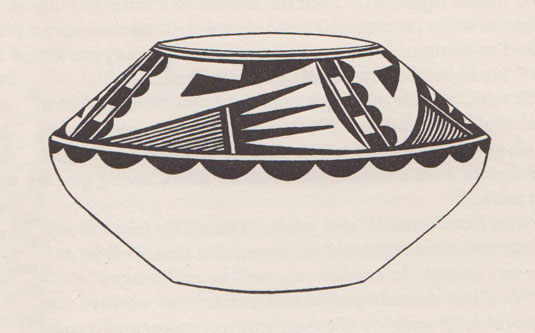