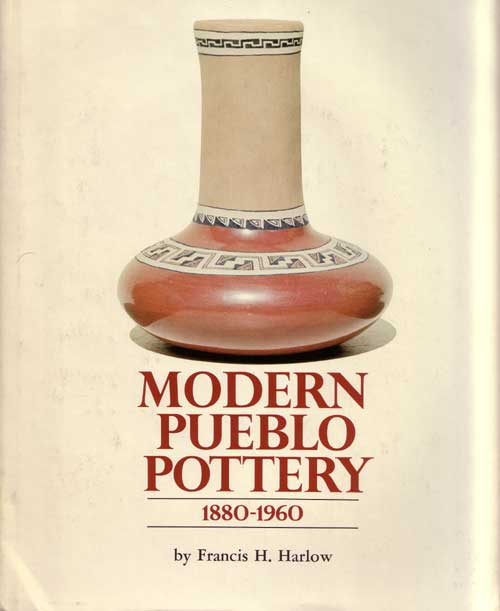 THE PUEBLO PEOPLES of the Southwest have retained more of their traditions than any other group of native Americans. Pueblo tradition includes the integration of art into daily life, with the production of pottery being among the most prominent of the Pueblo Indian art forms. Rooted in centuries of development and transition, Pueblo pottery provides some of the most exquisite and sophisticated examples of ceramic art in the world. Here is a comprehensive overview of the modern progression of Pueblo potterymaking from the 1880s to 1960.

Illustrated with over thirty full-color plates and numerous black-and-white photographic reproductions, Modern Pueblo Pottery delineates the evolution of the techniques employed for each of the variety of Pueblo styles as well as those of other southwestern tribes. While emphasizing the trends of this century, author Francis Harlow also provides a concise history of the Pueblo peoples, tracing their pottery production from evidence of its ancient origins through the nineteenth century, thus revealing the dynamics of the craft and the strength of its continuity.

Among the many styles presented are the black-on-black pottery developed by Maria and Julian Martinez of San Ildefonso, the delightful figurines of Cochiti, the intricate carvings of contemporary Santa Clara, and the serviceable pots of the Navajo. A glossary clarifies the methods involved in the production processes.

Modern Pueblo Pottery: 1880-1960 is an indispensable reference source for collectors and admirers of the fine works produced by the descendants of America\'s first inhabitants and to those interested in southwestern native culture as a whole.

The book and jacket are in very good condition. The inside page before the title page has been clipted.