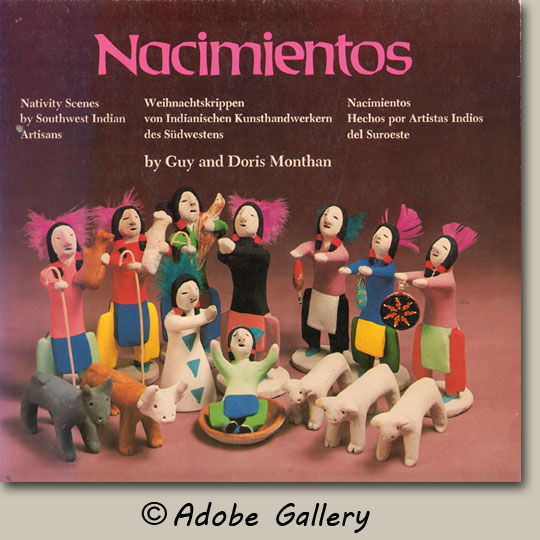 by Guy and Doris Monthan

NACIMIENTOS is the first comprehensive work on a new phenomenon among America's Southwest Indian artists—the making of Nativity scenes. This universally popular art form first emerged among Indian artists in the late 1950s. Although only two or three artists were engaged in the craft in the early 1960s, the authors discovered that there are now more than three dozen. The book presents more than thirty color reproductions of these charming and unique creations by seventeen artists representing ten pueblos and tribes. Each scene reflects the customs and culture of the artist's own pueblo or tribe. Included are biographies of each artist represented and a list of twenty additional artists. The introduction traces the 2,000-year-old history of the Nativity scene, as well as its recent development among Indian artists.