National Geographic: The Making of America - The Southwest (including Pueblo Pottery) [SOLD] 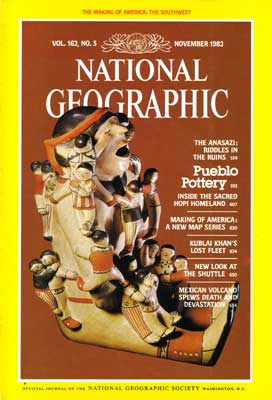 National Geographic Magazine: The Making of America - The Southwest (including Pueblo Pottery)

Inside the Hopi Homeland

The Making of America

The Lost Fleet of Kublai Khan

Heat Portrait of the Shuttle

The Disaster of El Chichón

Condition: because of the age of this magazine, the condition is GOOD (not pristine) and each issue may have it's own unique problems. However, it's the only issue that is specific to Pueblo Pottery and is worth having in your collection.