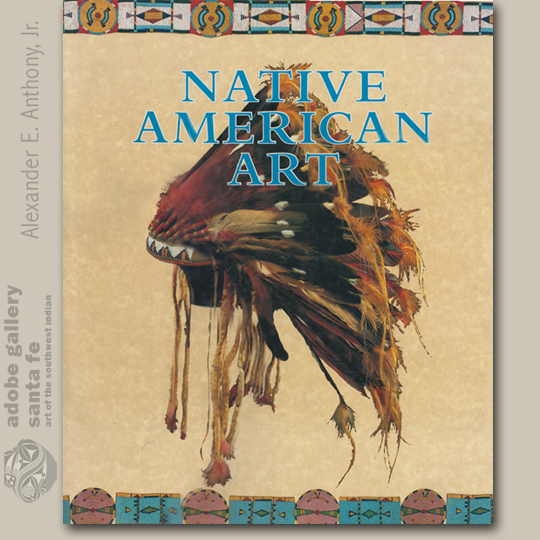 Native American arts and crafts are enjoying renewed appreciation and increasing recognition as a vital part of  America’s cultural heritage. This volume, a magnificent collection of full-color photographs and incisive commentary, presents the richness and celebrates the diversity of this centuries-old tradition and places it within a larger historical and social context.

Organized by region, this handsomely illustrated celebration of Native American arts and crafts splices an absorbing text, 290 color plates, numerous photographs and extended captions. The study demonstrates how clothes, baskets, Navajo weavings, Hopi kachina dolls, jewelry, quillwork, pottery, carvings and ceremonial objects fit into the very fabric of Native American societies. At the same time, the authors provocatively argue that American Indian art, far from being conservative and firmly anchored in the past, has been on the cutting edge of the historical present, continually reinventing its means of expression to absorb and accommodate cultural change. The album concludes with an arresting survey of 20th-century Native painting, sculpture, photography, prints and performance art, in all of which ancient images, symbols and visual metaphors take on new meanings.

Issues of Art and History

The Preservation of Tradition

The Horse and “Buffalo Culture”

Art in Society and Religion

Ceremony and the Community

The Art of Basketry

Art and the Outside World

The Art of the Hunter