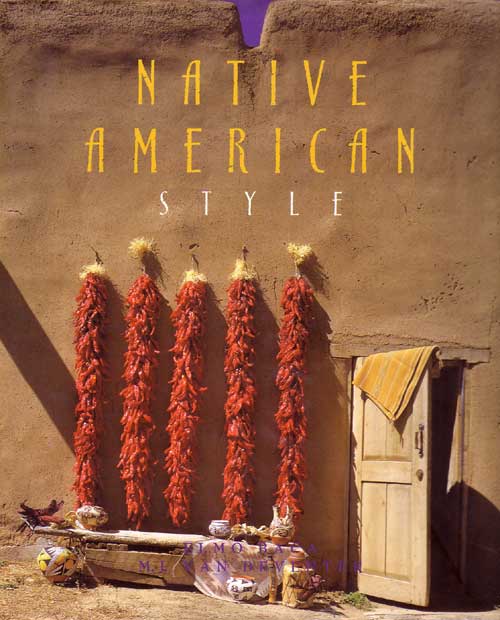 The genesis of Native American art was humble-often seemingly primitive. Baskets were woven from the roots, twigs, or branches of trees. Utilitarian bowls and vessels were shaped from the earth's clay and hardened by fire of nature. Pouches were fashioned from hides embroidered with porcupine quills of mallard feathers or painted with colors drawn from nature's leaves and berries. Through the simplicity of their art, they practiced the values of economy and natural conservation and expressed not only their mutual dependency upon nature, but their intimacy with nature as well.

Mountains and canyons became inspired sites for Native architecture as they created sacred places of their own-tipis and pueblos, hogans and lodges-places where families and traditions were nurtured -places of the heart, mind, and spirit that became ceremonial shrines for prayer, meditation, and remembrances.

Within these natural settings they were able to create the fundamental elements that have now become the hallmarks of Native American design-pottery and textiles, carvings and beaded artifacts-all crafted from the gifts and inspirations that nature provided.

These inspirations have translated into naturally beautiful designs for the home. Native American Style is a showcase of Native style from its genesis to contemporary times. From rugs to baskets, pottery, blankets, paintings, furnishings, sculptures, and much more-a rich natural history is reflected as well as the ingenuity of the makers.