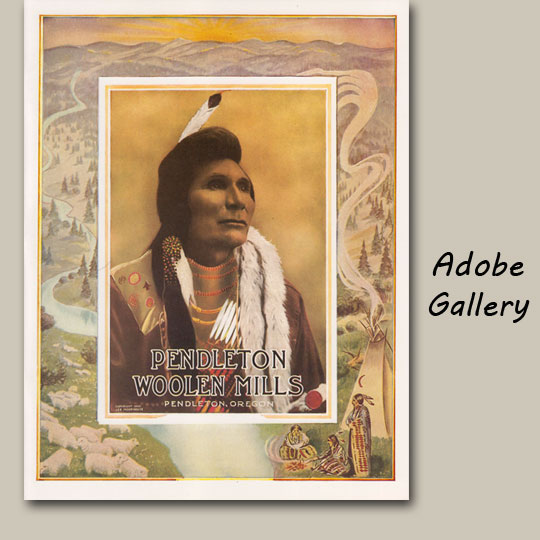 From the Inside Cover:

For decades, the name PENDLETON has been synonymous with "Indian" blankets. Pendleton's extended marketing and distribution of very high duality wool weavings with designs that have come to be recognized as Indian have popularized the white man's acceptance of the designs which the Indians originated and inspired.

The broad appeal of the designs was something which Pendleton recognized very early. This catalog, which was first printed somewhere around 1915, emphasized Pendleton's belief in the beauty and desirability of these patterns to the general buying public.

While Pendleton has continued in the business of marketing its fine woolens since being founded in 1895, this early catalog expresses the company's philosophy relating to the integrity of the Indians' artistic inspiration. The beauty of these designs transcends the color of the maker; that is, it is peculiar to neither the white man nor the red man.

It is because of this early commitment to the preservation and expansion of these "Indian inspired" designs that we saw a need to return this superbly colored catalog to today's discriminating reader and collector.