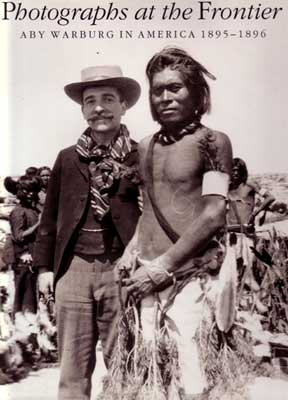 Aby Warburg (1866-1929) belongs to the elite group of scholars and thinkers maturing at the turn of the nineteenth century who shaped the directions to be taken in the following hundred years. He is known not simply for his pioneering scholarship of Italian Renaissance art and culture, but for the totality of his approach, the interest he took in the whole process of what anthropologists now call symbolization, the creation of symbols by societies to represent their world. This book studies a crucial moment in his development, when, in 1895, diverted from his projected studies in Italy, he crossed to New York to attend his brother's wedding, then, encouraged by the contacts he had made with scholars of the Smithsonian Institution, made a trip deep into the Arizona desert to study Hopi culture at first hand. There is no doubt that this anthropological venture, though he did not formulate his thoughts about it on paper until much later, in a lecture of 1923, both reflected and helped to form an approach to the Italian Renaissance that was to revolutionize twentieth-century attitudes to culture.

Warburg took photographs documenting the significant stages along his journey, which today make moving and instructive visual accounts of life in the American Southwest, both Western and native. The few images Warburg himself selected to illustrate his lecture of 1923 have long been known, but the remainder of the collection have only recently been gathered together. Reproduced, annotated and catalogued in this book for the first time, these photographs offer a timely opportunity to look not only at precious records of the growing western cities and of the Hopi as they lived a century ago, but at the evolution of Warburg's thought and at his relationships with other scholars and with American anthropologists such as James Mooney and Frank H. Cushing.

Leading scholars in their fields have contributed the six essays in this volume, published in association with the Warburg Institute, London, and introduced by its Director, Nicholas Mann. This important book also includes relevant excerpts from Warburg's unpublished diaries, and reproduces more than one hundred of his photographs and drawings.