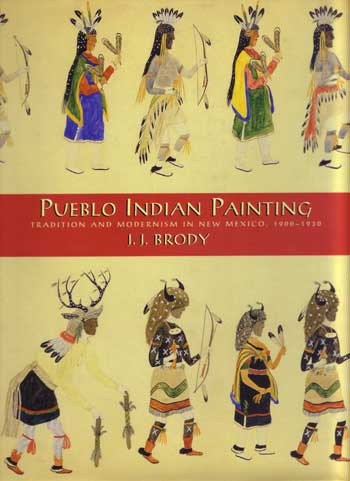 A new tradition of Pueblo fine art painting arose in the first three decades of the twentieth century, born out of a dynamic encounter between the Pueblo and Euro-American communities in and around Santa Fe, New Mexico. Traditional Pueblo art had been created to support community values and was integral to the ritual and daily life of the people, but the painting style that developed after 1900 was novel in every way, involving new subject matter, new media, and a new audience of Euro-American artists, intellectuals, and art patrons The young Pueblo artists who created the new genre merged their ancient Pueblo traditions with the aesthetic principles of Euro-American modernism to create an entirely new art form emblematic of the changing relationship between the two cultures.