Spider Woman: A Story of Navajo Weavers and Chanters [SOLD] 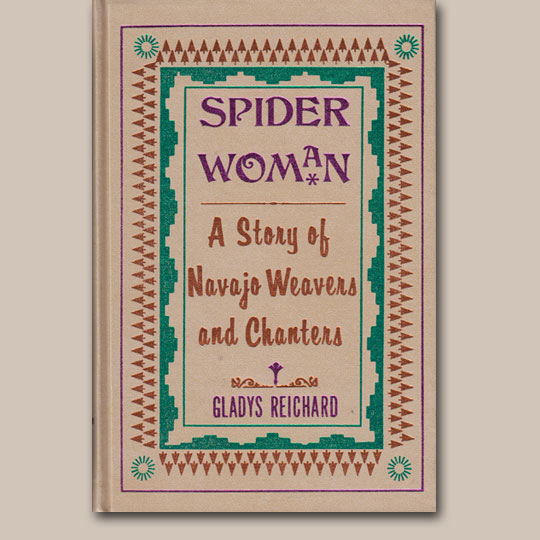 SPIDER WOMAN A Story of Navajo Weavers and Chanters

by Gladys A. Reichard

“In the great, vast reaches just south of the lovely Four Corners country lies the Navajo Indian Reservation, occupying the northwest quarter of New Mexico, the northeast quarter of Arizona and a huge slice of lower Utah.  This land of spectacular beauty is the home of The People; a nation whose ancestors were ancient when Francisco Vasquez de Coronado first came into what is now New Mexico.  In their tongue, the word for The People is Diné.  The Spaniards preferred to call them the Apaches de Navajo, which means literally a large area of cultivated lands.

“But in the early 1930s, when New Mexico and Arizona were only new states, the term “Navajo” conjured up to most who heard it visions of savage Indians attacking pioneer wagon trains, western villages and outlying ranches.  The People do have a long history of aggression, but probably it is not so bad as it has often been painted.  Still, even in 1930, it was unique for a white woman alone to go live among the Navajo, but that is exactly what Gladys Amanda Reichard did.  This is the story of her absorbing adventure, told with graceful phrase and trenchant style.

“’Spider Woman instructed the Navajo women how to weave on a loom which Spider Man told them how to make.’  From this old legend, Miss Reichard takes her title for a most interesting and informative book.  In drawing upon her many experiences and knowledge of Navajo life, she has presented them as a sincere and an active people.  She tells of the difficulty of gathering herbs for the dyes and of the process in making the dyes; of the setting up of a loom and the art of weaving in the various patterns; and of the ceremonies, such as a wedding, the War Dance, and the Shooting Chant.  While this book was first published a generation ago, the strange ways and beliefs are much the same as they were when The People stepped from Shiprock many, many, many moons ago.

“Spider Woman should interest any reader.  There is something unfailingly fascinating about The People—those Americans of the great desert who still cling to ancient traditions and a way of life that has no place for the intruding white man.  This is better illustrated, perhaps, by what Miss Reichard didn’t say, than by what she did say.” 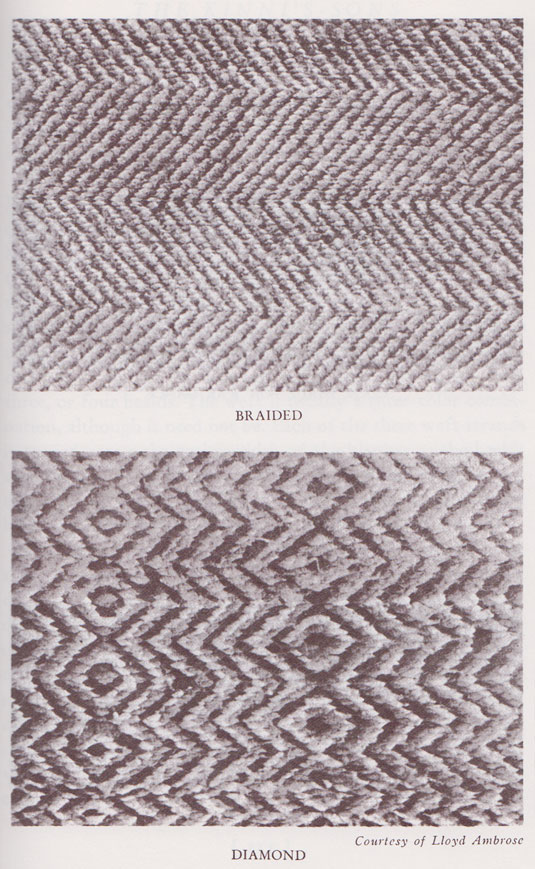