The Beauty of Navajo Jewelry [SOLD] 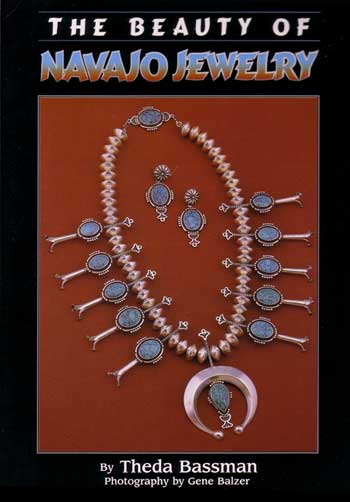 Excerpt from the Introduction:

The Navajos greatly admired the silverwork of the early Spaniards, who loved personal adornment that was lavishly decorated with silver. One example is the naja, a crescent-shaped pendant appearing on the bridles of the Spanish horses, originally used by the Moors of North Africa, and eventually copied by the Navajos. Today, the naja is still used as a pendant on squash blossom necklaces and other jewelry. Another ancient design adopted by the Navajos is the squash blossom. As early as 100 B.C. this design, which is really of pomegranate blossoms, was used in Persia. Popularized by the Navajos, it is known today as