The Papago Indians And Their Basketry [SOLD] 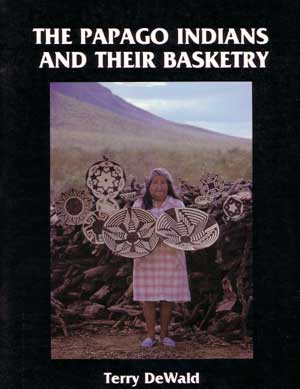 The Papago Indians and Their Basketry

Text and photography by Terry DeWald

The Papagos are among the least known of the Southwestern Indian tribes. In this book, Mr. DeWald provides the reader with some background and insights to one of the oldest traditional desert tribes, a tribe that for centuries has been able to quietly exist in an environment that Western Man, in less than a half century, is on the verge of depleting of its natural resources.

Here, then, is the story of the Papago, People of the Desert.