ACOMA, THE SKY CITY: A Study in Pueblo-Indian History and Civilization [SOLD] 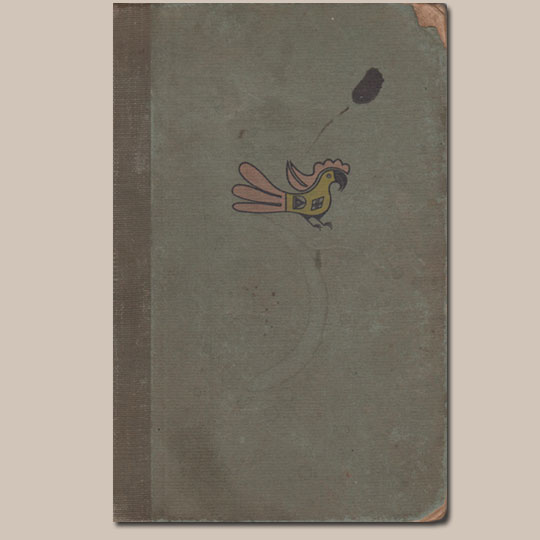 ACOMA, THE SKY CITY: A Study in Pueblo-Indian History and Civilization

Condition: Book pages in very good condition.  Cover is marred and worn with tear in one corner and spine is faded.  Pencil notation on title page reads “Mr. B. A. Reuter – ‘Gkaukeu’ Pecos, N.M. with regards from Lathrop Brown, Montauk, NY Nov 1926.”

Illustrations: All the illustrations but two are from photographs not hitherto published. For the frontispiece, I am indebted to the well-known photographer of Indian life, Mr. Edward Curtis. For the difficult trail up Katzímo, to the courtesy of the Century Company of New York. All the others were taken for this book by Professor Herbert E. Bolton of the University of California, or were given him for my use by the Reverend St. John O'Sullivan of San Juan Capistrano, California. The cover design is from a water-color done by Mr. Kenneth M. Chapman of the Art Museum of Santa Fe, from an ancient jar of Acoma potters.

II. The Citadel of Acoma

IV. The Battle in the Sky City

VII. Acoma in the Pueblo Revolt

IX. Acoma and the Federal Government

XI. The Tradition of Katzímo and Acoma 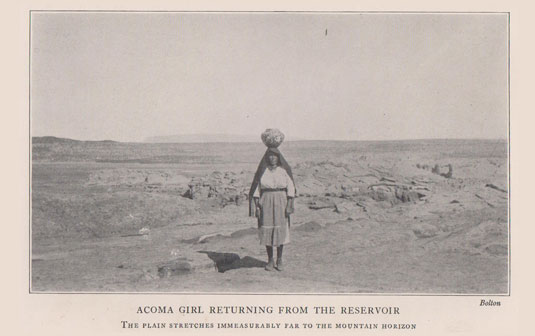