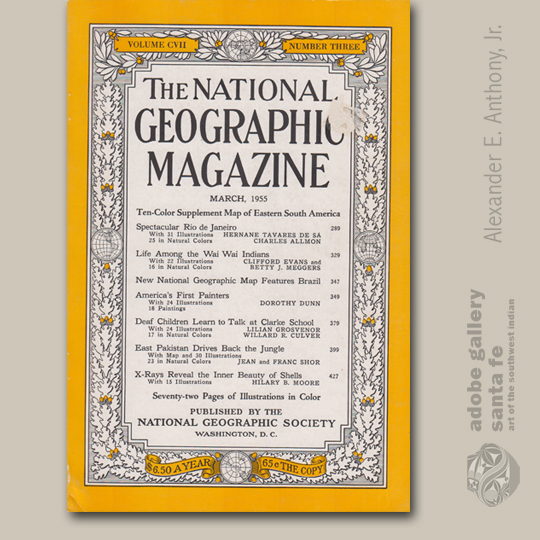 The Author and the Paintings

“Dorothy Dunn, who dwelt among the American Indians nine years, is an Honorary Associate in Indian Arts of the School of American Research, Museum of New Mexico.  In 1932 she founded the School of Indian Painting, United States Indian School, in Santa Fe, New Mexico, and directed its studio for five years. Later she organized and presented exhibitions of Indian paintings in the United States, Great Britain, and France.

“The Exhibition of Contemporary American Indian Painting was initiated through the encouragement of Mrs. Benjamin Rogers of New York and organized with the cooperation of various collectors and museums of the United States.  Before the Indian paintings were shown at the National Gallery of Art in 1953, Chief Curator John Walker, author of memorable articles in the National Geographic Magazine, brought the exhibition to the attention of the National Geographic Society.”