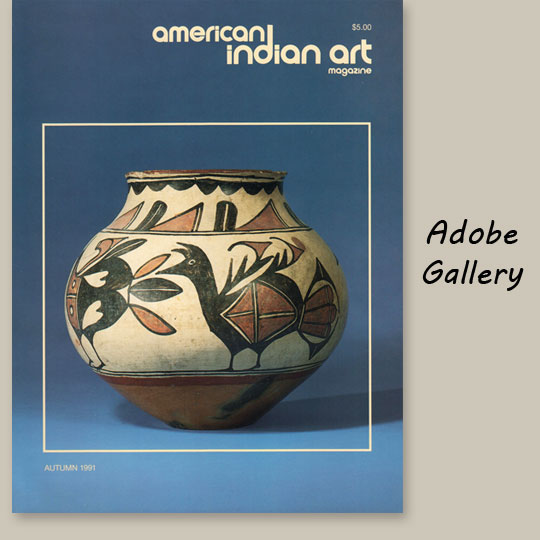 Three Great Potters of San Ildefonso and Their Legacy

“Focuses on three important potters at San Ildefonso in the late nineteenth century and some of their descendants, illuminating some previously unknown relationships among potters, as well as explaining more completely the relationship between those making the pots and those painting them.”

“Offers a second look at a series of objects beaded in the style of pictographic drawings, revising identification of the items and suggesting some additional interpretations based on recently uncovered information about the beadwork.”

By Joyce B. Szabo

“Illustrates and details a two-page picture letter that was inadvertently misdirected in 1877 and, as a consequence, misinterpreted as posing a threat to the United States military forces as a result of an imagined plot involving Sitting Bull and his people in Canada.”

Geologists, Whalers and Anthropologists: The Building of a Museum Collection of Inuit Clothing

“Provides a detailed account of the history of the large and quite well documented collection of Inuit clothing at the Canadian Museum of Civilization in Hull, Quebec, which consists of some two thousand items.”