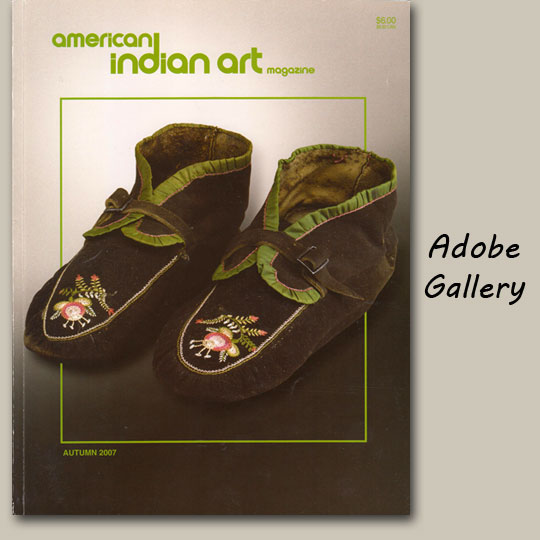 Form and Meaning in Indigenous Aesthetics: A Hopi Pottery Perspective

Arguing that analysis evaluating Native American art must be grounded in the criteria of the artist who made it, the authors explore the way in which Hopi potters create and assess a finished vessel.

Intersections: Naive American Art in a New Light—a new ongoing exhibition at the Peabody Essex Museum, Salem, Massachusetts—explores identity, politics and cultural exchange by transcending the boundaries of time and geography and materials and techniques.  The show comprises seventy-five artworks, the majority from North American sources in the museum’s permanent collection and dating from the nineteenth century to the present.

The Cibecue School, Scrapbooks: Returning Apache Art and History to an Apache Community

Tells the story of two scrapbooks of drawings and paintings created in the 1930s by Apache children at the Cibecue Day School in Cibecue, Arizona, and details what the images tell us about the past and how they can be used within the community in the future.

When the Spirits Came: The Dragonfly in Cheyenne and Lakota Belief and Art

Drawing on surviving ethnographic records, this article offers some observations about the use of dragonfly symbolism in Cheyenne and Lakota beliefs and art, suggesting that for both groups the dragonfly was reflective of a force greater than themselves, which the people sought to draw close to themselves for supernatural protection.