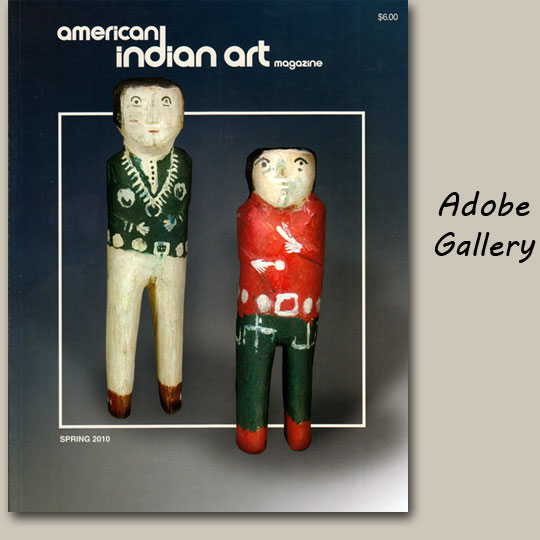 THE WORLD ACCORDING TO CHARLIE WILLETO

Discusses the life and career of Navajo carver Charlie Willeto and proposes that his original and iconoclastic work defies both mainstream Euro-American and Navajo artistic convention.

Presents a history of basketmaking by the Wabanaki tribes of Maine.  Today, the Maine Indian Basketweavers Alliance promotes all aspects of the tradition, from gathering materials, to teaching new weavers, to marketing baskets.

Introduces readers to Riel Benn, a young Sioux painter from Manitoba, as well as his alter ego, The Best Man, as presented in a series of paintings.  A trickster, joker, ignorant fool, pessimist and romantic failure, The Best Man derives from many sources, the Lakota trickster Iktomi among them.

Recounts how Chief Janice George and her husband Willard Joseph, who established the L’hen Awtxw Weaving House, have revived traditional Coast Salish weaving among the Squamish of British Columbia