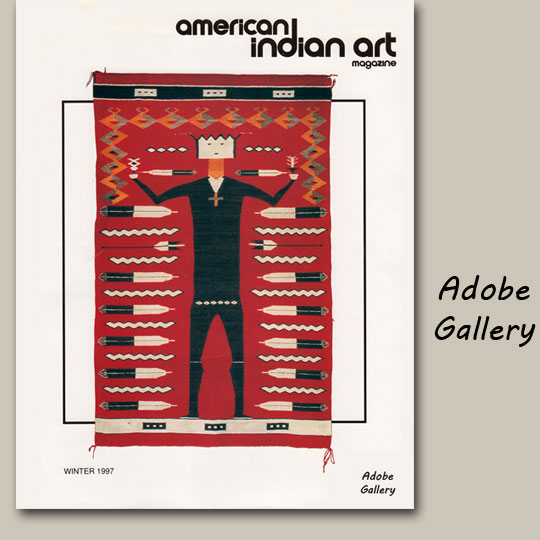 Written in conjunction with an exhibition which will open at the Denver Art Museum in January, this article introduces the Indian Style Show, one of the most successful anthropological outreach programs of the 1940s and 1950s in which some fifty-three ensembles, circa 1830 to 1953, were shown in various venues throughout the country.

IN SEARCH OF YAH-NAH-PAH: THE EARLY GALLEGOS “YEI” BLANKETS AND THEIR WEAVERS by Jean-Paul and Rebecca M. Valette

Analyzes some inconsistencies in the way the few extant single-figure “Yei’ weavings have been attributed in the scholarly literature and presents new research on the subject, which suggests the existence of a second, previously unrecognized weaver.

Focuses on the Cheyenne artist Lame Bull making an attempt to reconstruct what the author calls his “spiritual oeuvre”—that is, painted shields, tipis, even a rawhide container—the designs of which he owned and which were made under his guidance.