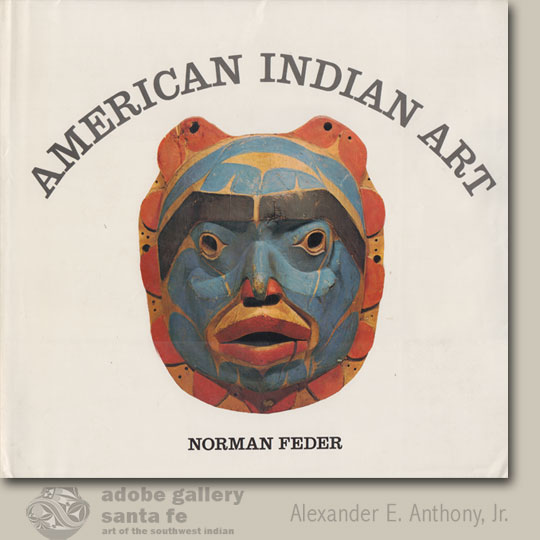 The dynamic art and fine craftsmanship of the North American Indian are often considered expressions of an interesting but vanishing primitive culture. Yet the high degree of sophistication of much of this art, the endless variations of motifs, and the sheer aesthetic beauty of many of these works warrant continual reconsideration.

American Indian Art is a study of the whole range of artistic expression of these vital peoples-the pottery and silverwork of the Pueblos of the Southwest, the wooden masks of the Eskimo and the Tlingit, the beadwork of the Plains and Pacific Plateau tribes, and the basketry of the California natives, to name only a few. The volume is beautifully illustrated with more than 300 reproductions, including 60 plates in full color.

Norman Feder, former Curator of American Indian Art at the Denver Art Museum, has accepted the challenge of dealing with a subject whose source material is woefully scant. Approaching his topic from the point of view of the art objects themselves, he manages to make a comprehensive whole of a subject burdened with disparities. In connected sections, he explores such aspects of American Indian art as its origins, its stylistic variations from tribe to tribe, the materials used, the ecological aspects involved, and the future of this art.... Scope of the book

Use of Materials and Techniques

The Great Basin and the Pacific Plateau