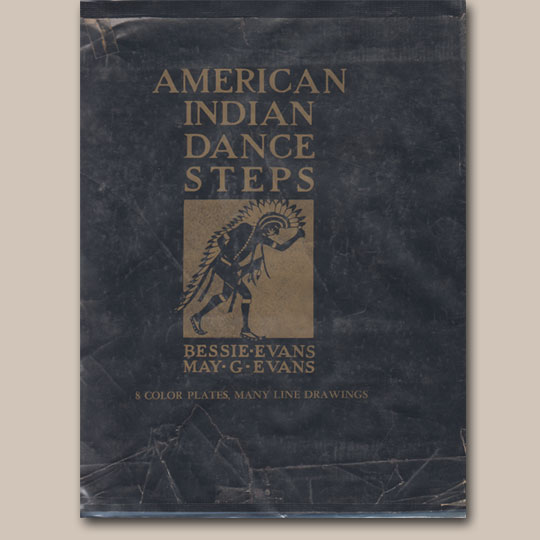 By Bessie Evans and May G. Evans of the Peabody Conservatory of Music

Elements of the Dance

A Jump from One Foot to the Other

A Step from the “Snowbird” Dance

A Turn with Taps

A “Two-step” or War-Dance Step

An Indian Form of the Pas de Bourrée

Part Three: Examples of Indian Dance of the Southwest

A Minor Divinity in the Yeibichai Dance

Man and Woman in Dog Dance

The following study of American Indian dance is concerned chiefly with elements of the art, observed in certain Pueblo tribes of New Mexico—especially those of San Ildefonso, Tesuque, Santa Clara, Cochiti, and Santo Domingo.

The greater part of the material was first presented by the authors, on their return East from the Indian regions, in the form of lecture-recitals at the American Museum of Natural History, the Peabody Conservatory of Music, and Yale University. 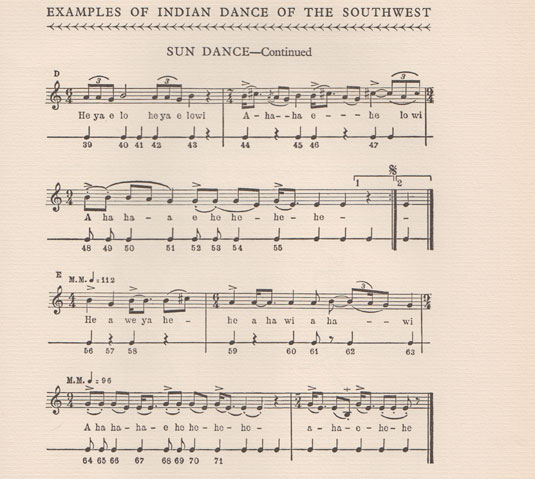