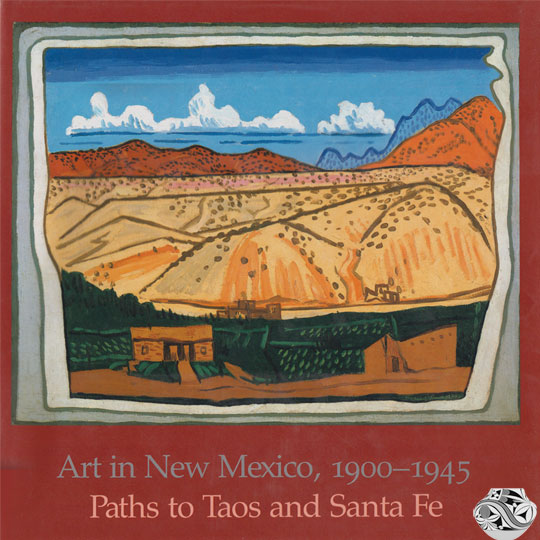 Published for the exhibition of the same name.

Chapter 1. Science and Sentiment: Indian Images at the Turn of the Century

Chapter 2. From Salon to Pueblo: The First Generation

Chapter 3. The Art of Pueblo Life

Chapter 5. The Faraway Nearby: New Mexico and the Modern Landscape

Since its heyday in the 1920s, the art of Taos and Santa Fe has never completely fallen from favor.  An unflagging interest in the American West and the peculiar mystique of the Southwest helped to sustain a market for these images even when, in subsequent decades, American collectors were more interested in the succession of abstract styles that issued from New York and other urban centers.  By the early 1960s, however, the pendulum had swung again, as historians and collectors cast a discerning eye toward earlier periods, seeking images that represented a more traditional American character.