Arts and Crafts of the Cherokee 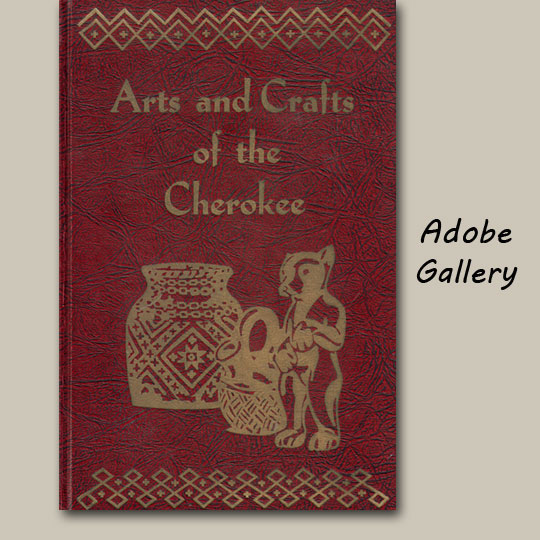 Arts and Crafts of the Cherokee

“Traditional Cherokee arts and crafts in basketry, pottery, woodcarving, weaving, beadwork, and stone crafts are being perpetuated today by the Eastern Band of Cherokees.  This remnant of their once powerful nation now numbers about six thousand seven hundred and forty and lives on a fifty-seven thousand-acre reservation, the largest organized Indian reservation east of Wisconsin.  This tract of land is located in the highlands of Western North Carolina in the heart of the original Cherokee Nation, where the country is as beautiful as the world affords.  These Indians are the direct descendents of those Cherokee who, in 1838, hid out in the Great Smokies to avoid being moved from the land of their birth when the Federal Government attempted to force all Cherokee to move to  reservations in Oklahoma.

Practically all of the genuine Cherokee crafts found in their shops are constructed in their homes. . . . Skill and knowledge in craftsmanship have been practiced and handed down from mother to daughter and from father to son for generations.