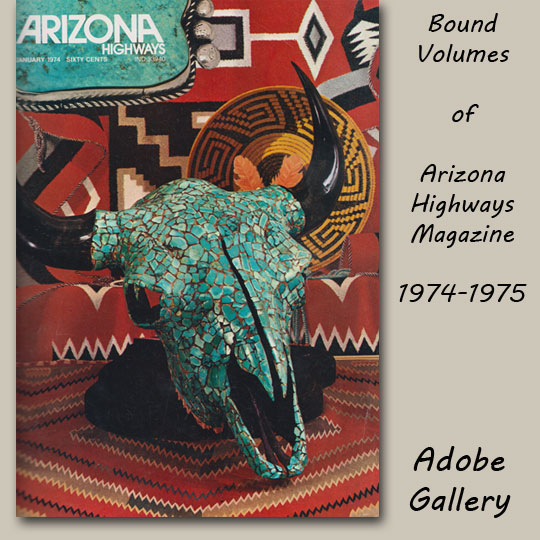 “This is No. 9 of a limited number of nine volumes compiled and bound by Sam and Dorothy Gray from their library of Southwest Americana.

Arts and Crafts, both prehistoric and contemporary, created by the Indian Tribes of Arizona and New Mexico.

“We feel that these seven collector issues are so outstanding as to merit permanent binding as a single volume.”