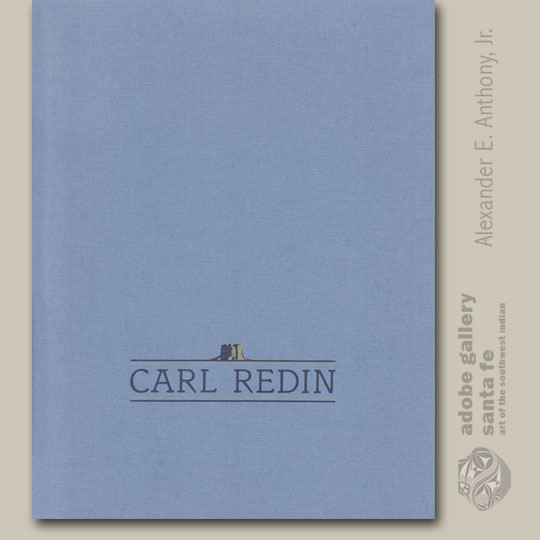 Exhibit catalog from The Albuquerque Museum

Softcover, only edition, 56 pages, 10 color and 24 black and white plates

Southwestern landscape painter Carl Redin was born in rural southern Sweden in 1892.  As a boy he developed an avid interest in painting and traveled to Stockholm for formal training at the age of fourteen.  After a tour of duty with the Swedish Navy he emigrated to America in 1913 and settled among the large Swedish community in Chicago.

In 1916 Redin was diagnosed as having tuberculosis and was advised to leave the damp climate of the Midwest.  Like so many before him, he boarded a train for the arid Southwest and sought treatment at Albuquerque’s Methodist Deaconess Sanatorium.

Redin’s three-year convalescence gave him the tie to return to his art.  His subjects were the enchanting vistas and spaces so overwhelming to newcomers, a genre he would tirelessly explore for the next twenty years.