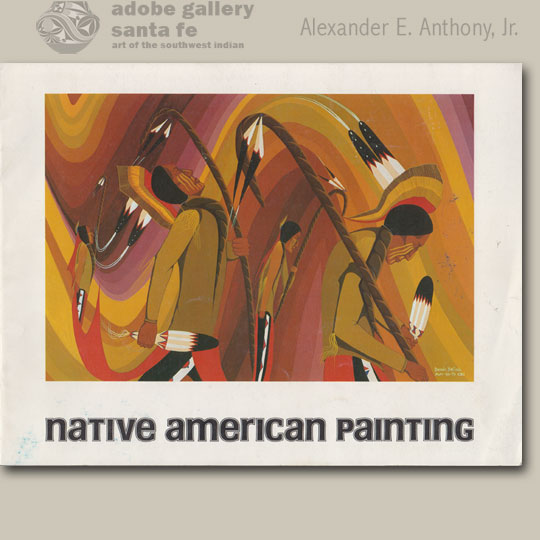 Native American painting is actually a young art form, about 100 years old.  Only in the 1880s when the painters began using watercolors, oils, and colored pencil, did the works begin to be saved and collected.  There developed several schools and centers for the Native American painter to learn the artist’s skills and, perhaps, more importantly, encourage the painter by exposing him/her to other’s work.