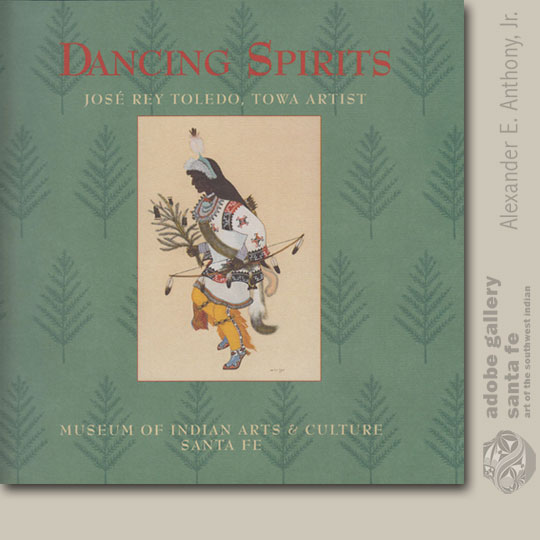 The exhibit "Dancing Spirits" provided us with the opportunity to peer through the lens of José Rey Toledo's life. This catalog of the exhibit chronicles his life as he maneuvered through the White dominant culture. He graduated from the University of New Mexico and had attended the Albuquerque Indian School during grades fifth to twelfth. He worked in Public Health at the Indian Health Service for a decade. His experiences did not affect his strong belief in his culture and religion. He beautifully painted scenes of life of the Hemish of Jemez Pueblo. Toledo attended the opening of this exhibition and passed away during the year it was shown.

The exhibit “Dancing Spirits” provides us with the opportunity to help us understand Pueblo culture and the extraordinary period of cultural change experienced by Pueblo people during the last century.  Working with him over a year to put together this exhibit provided the chance to comprehend one man’s perspective on the context of the past century.

While Toledo taught himself to paint, it is into this same context and times that he first learned to draw in his village as a young boy, continuing to do so throughout his life.  His later experimentation with techniques such as linoleum block prints, silk screen prints and wide variety of subject matter is testimony to Toledo’s desire that his paintings were educational—he was always trying to document the richness of his life to preserve what he knew and has witnessed for future generations. 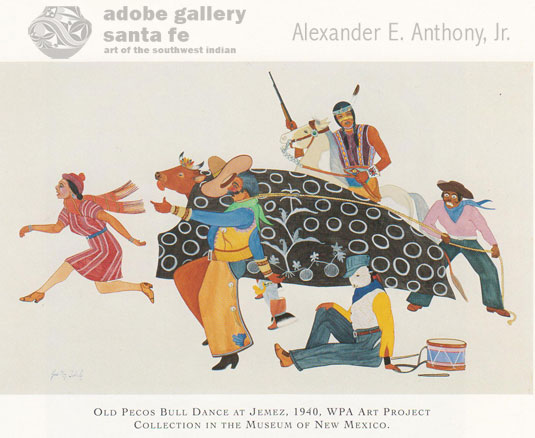