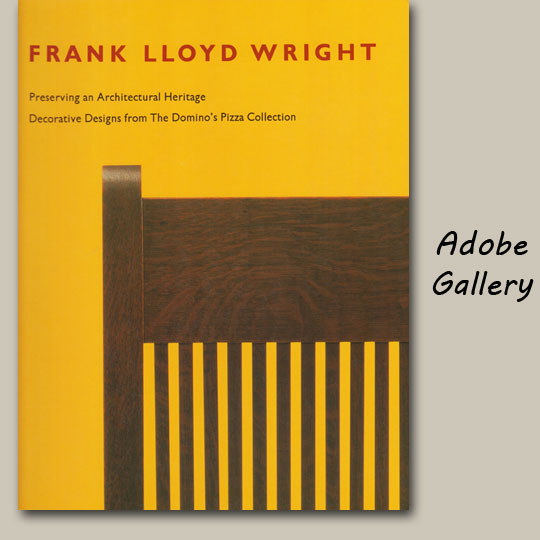 by David A. Hanks

Excerpted from the Introduction

My interest in Frank Lloyd Wright began at the age of twelve, when I discovered a book about this important American architect . . . containing illustrations of the Robie house, Fallingwater, the Johnson Wax building, and others.  At seventeen . . .I saw and admired Wright's houses in the area (Ann Arbor) especially the William Palmer residence.  Later, in Japan I visited the Imperial Hotel in Tokyo at every opportunity.  In the early 1970s, I embarked on a wider tour of Wright houses in Illinois, Michigan, and Minnesota.

I decided that the new headquarters for Domino’s Pizza should reflect Wright’s principles as seen in his Prairie homes.  Although my desire to collect the designs of Frank Lloyd Wright began as a personal interest, I slowly came to realize that a greater purpose exists for the growing collection.  I sometimes feel that the spirit of Frank Lloyd Wright is looking approvingly over my shoulder as I struggle to preserve every example of his designs that I can.  I feel that I am blessed with the opportunity to keep his work alive and accessible to future generations for their study and appreciation