HANTA YO An American Saga [SOLD] 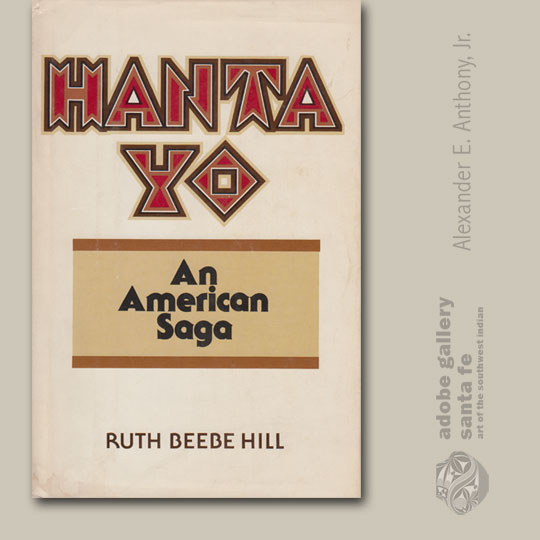 HANTA YO An American Saga

“This is the story of an original people, a multigenerational saga which reveals for the first time an American Indian culture from the inside.  Based on a document recorded on tanned hide by a member of the Mahto band of the Teton Sioux, Hanta Yo takes us into the lives of two families of this band and describes their world as it was from the late 1700s to the 1830s, before the white man came onto the red man’s territory, before any influencing contact with traders and missionaries.

“From these two families come two sons, two men who share their boyhoods, who seek a vision together and become a ‘dreaming pair.’ By reviving the ancient ceremonies, they are able to unite and strengthen a people in danger of losing their heritage; through heroic striving they preserve the identity of the Mahto band.

“Hanta Yo is a major achievement in the exploration of American Indian culture.  More than fact, more than fiction, Hanta Yo has the authority of a detailed ethnographic study and the adventure and excitement of a novel.  A linguistic tour de force, it was translated from modern English into a now-archaic Dakotah/Lakotah dialect and then re-translated into an English based on Webster’s 1806 edition and faithfully reflecting the Indian idiom.  In a very real sense Hanta Yo is a spiritual travelogue, for here are persons whose lives demonstrate a memorable example of habitual spiritual consciousness.  It is a book which takes us to the spiritual source not only of the native American Indian but of America itself.”